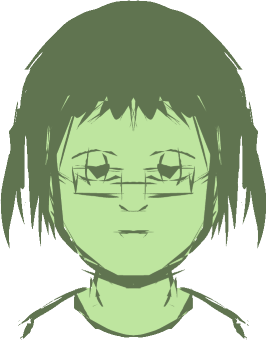 Hello! My name is Isabelle and I'm the creator of this website! My pronouns are she/her and I'm a musician, designer and a computer geek. I'm also very interested in retrocomputing, demoscene (mainly PC and C64), glitch art, video games (mainly 90's/2000's stuff, but I'm not too picky! Oh, and also especially rhythm games) and design. Oh, also I'll have you know that I absolutely love bunnies, witches, bunny witches (woohoo!) and overall I enjoy cute stuff, but at the same time I have a fascination with gritty stuff... I guess you could say I'm bitter and sweet at the same time, which I guess encompasses who I am pretty well. I still need to figure out how to mesh cute with gritty... I'll figure it out one day. Other than that, people say I have a very unique style. I dabble in a lot of things, and I'm gonna talk about them below!

Ever since childhood I had a fascination with computers. Considering how now, as an adult, I'm using computers as tools for me to express myself and create things, it's quite clear that this fascination hasn't died. I have no doubt that it'll stay this way. This doesn't mean I'm some sort of computer guru (at best a computer expert), but I definitely am significantly sharper at using one than most people. Surprisingly, I'm not really a programmer. While I definitely can write simple software with a reference handy, I don't think I have what it takes to embark on anything bigger. Despite that, I have written a few simple things in PHP, JavaScript and C++. I've also managed to write a Hello World program in 6502 Assembly, which was quite an interesting experience (You have to write your own loop to copy data from one place to another, no printf here!).

My biggest passion, apart from computers, is making music! After years of fruitlessly trying to draw things and just not being good at it, I decided to try making some music. As it turns out, I'm actually really good at it! Most of my music has been released as BMS you can play in any rhythm game that supports BMS files. Of course, if you'd rather just listen to it, you're always welcome to check out the My Music section, which has all the links and downloads to my songs.

I don't really have a favorite genre, but I tend to mainly listen to techno and house, with a preference for more oldschool stylings. Other than that, I do listen to a bit of everything, including harsh noise and country. If it's good, it's good. All of this does indeed have an impact upon my work. However, other music isn't the only source of inspiration here. To me, pretty much anything can be an inspiration for music. It's a form of self-expression, a way of communication, a language. Yes, music plays a very important part of my life. Well, I actually can't play any instrument, but I do sometimes improvise by playing around on a keyboard in order to quickly prototype melodies or just relax and submerge myself in the sea of harmonies. I am able to imagine how a piece of music would look in an abstract way, which is very helpful when I have to put audio and visuals together. 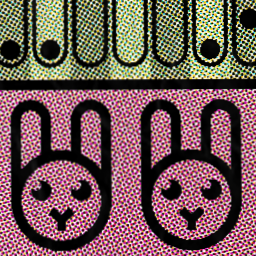 As I've mentioned in the previous section, I spent years trying to become a visual artist, but ultimately didn't get anywhere as my drawings weren't that great. Luckily, this was not all for nothing, as it turns out that I'm actually pretty good when it comes to visual design. This website was indeed designed by yours truly. Yes, green is my favorite color, and yes, my tastes in design are indeed like my taste in music: a preference of oldschool mixed together with some modern flavors. I don't really like modern design schools as they tend to lean towards dehumanized, flat, soft forms with little color and personality. My website's design is in a way a protest against that, being a modernized take on early 2000's web design. A blend of old with the new, full of personal touch. I'm really happy with how it turned out.

I enjoy working with vector graphics, using simple shapes to build complex designs. It's actually quite a relaxing experience. I know my way around Inkscape, and yes, the site's logo was designed using it. I also enjoy designing fonts, but I haven't had an opportunity to bring it to any practical use outside of graphics due to the fact that I have been unable to find proper free font authoring tools. As for 3D design, I have done a bit of it, although nothing too impressive. Overcast's BGA animation is an example of my 3D work. Nothing to brag about, but it does its job well enough.

I have also dabbled in pixel art, though I'm honestly not that good at it. Cyber Cherry Zone's BGA is an example of my pixel artwork. It's nothing special, but it does look good enough. I do wish I was better at it as I really enjoy pixel art, but we can't be good at everything. I guess this just goes with the territory of me having an attraction to lo-fi aesthetics. Other than that, I enjoy doodling on graph paper. Working with a grid is something I enjoy, as it lets me quickly design things while also keeping proportions good.

As for my other interests, I do enjoy playing video games and have an interest in video game mechanics. I usually play puzzle and rhythm games, but other than that I also enjoy other genres. I'm not really involved with video game communities due to awful experiences I have had with them. I really like modifying games, which includes level creation and doing corruptions on them. Haven't really released anything of this sort as I never took any such project to completion.

I also have an interest in computer graphics, which in turn led me to have an interest in demoscene. As it comes with the territory, I do find old hardware fascinating in a way. Yes, the color scheme of this website is indeed based off the Commodore 64's green color, but can you blame me? It has a nice pastel color palette (at least the PAL version, NTSC has... nobody really knows because it's NTSC).

I don't know what else to say, apart from the fact that this is merely a glimpse at who I am and what I do. If you're reading this, then I hope you have a good day and a good life! ^_^

Where to find me

Places where I can be found, along with my contact information, can be found under this link.