Am I Still Dreaming? 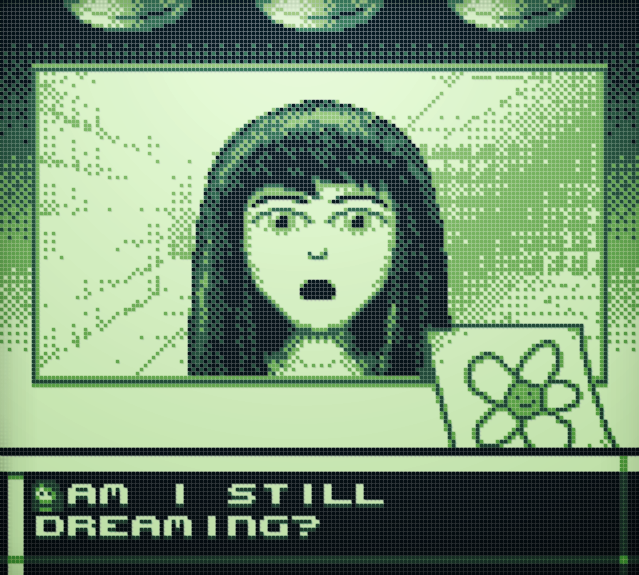 This picture was made for a GB Studio game I was working on, albeit with some post-processing to make it look like the Game Boy screen. However, I gave up on the project, though I decided to salvage this artwork and one of the music tracks I've composed for the game (Which is Envelope, which you can download from My Music page, along with a BMS version). Funnily enough, the music track I've salvaged is the one that also played during the scene in which this image appeared. 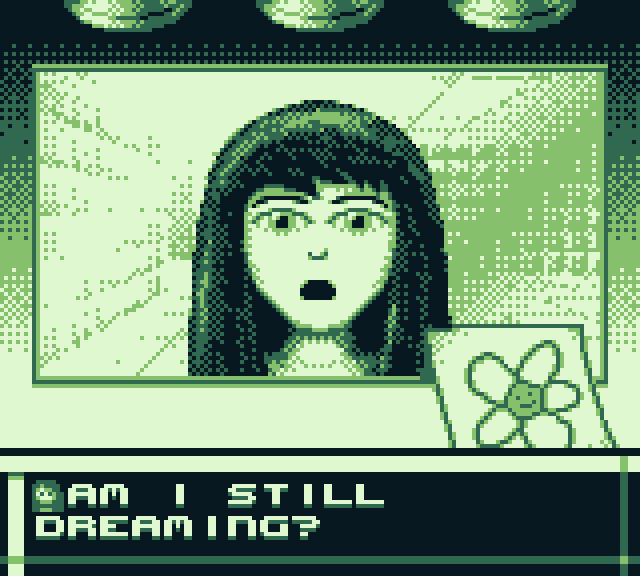 This is the original pixel art version, without any post-processing. 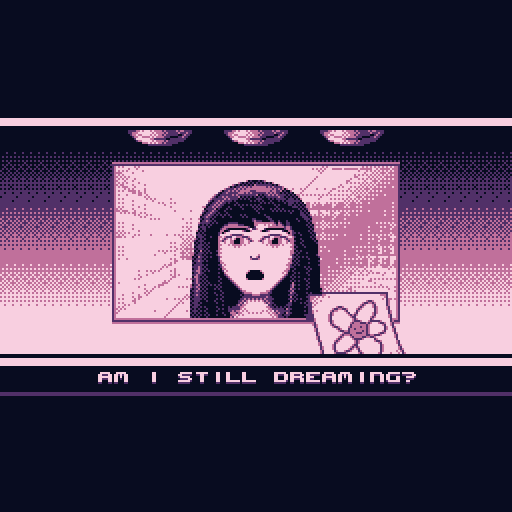 This is the edited version used by the BMS for the song Envelope, which instead has a pink color palette and padding to make it look better in 256x256 resolution.