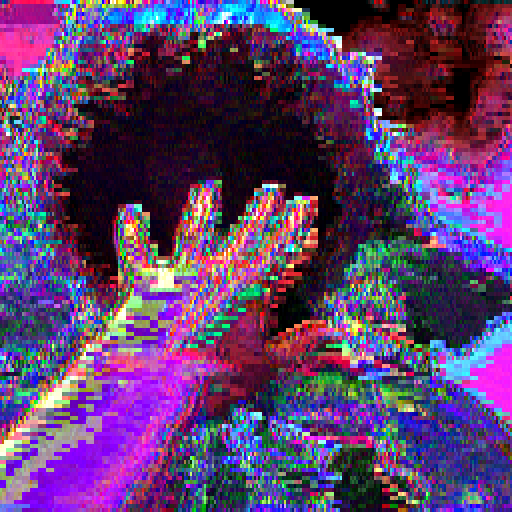 I have made a bunch of glitch art in the past for fun, showing it off to people. After seeing what I made, bonjorno7 asked me to edit a photo of his in this way, so he could have an unique avatar. I obliged, and after some feedback, trial and error I've ended up with this. His favorite color is purple, which is why it is the most dominant color in this image.

This is an animated version I was asked to make some time later. He uses this one on Discord when possible. The rippling vortex effect is a lot more subtle when scaled down 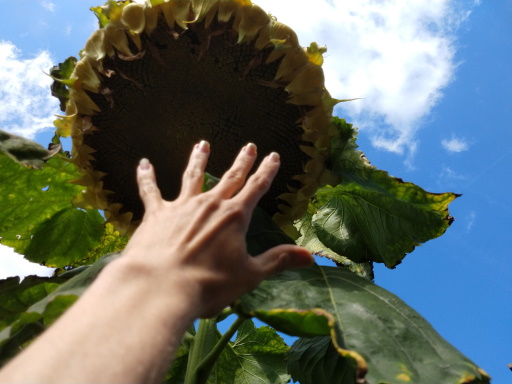 This is the original photo that has been chosen as a base for the avatar. Before settling on this one, I tried to work with a different photo of his, but the results weren't satisfactory, so this one was ultimately the one that was ultimately chosen. 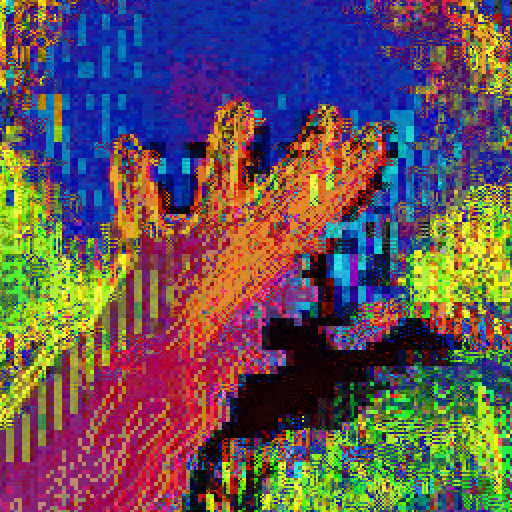 First attempt. Admittedly, very glitchy but way too frenzied and chaotic in every regard. This one was rejected outright by bonjorno7 due to these factors, so the next one was redone from the ground up. 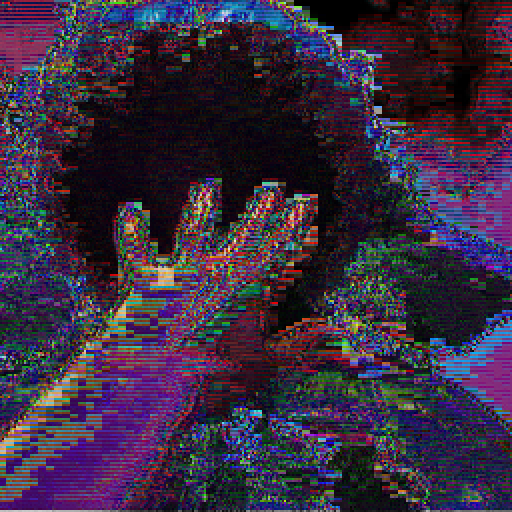 This is the first iteration of the proper avatar. Obvious issue: Too dark! This was fixed in the next iteration 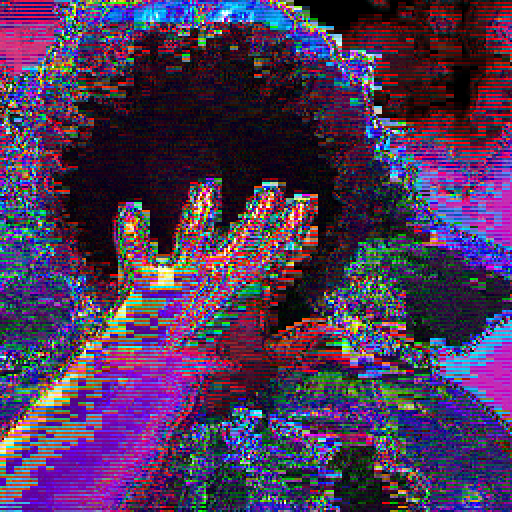 Slightly brightened and saturated. However, it turns out that when scaling down, scanlines tend to look awful, so next iteration had to dump those. 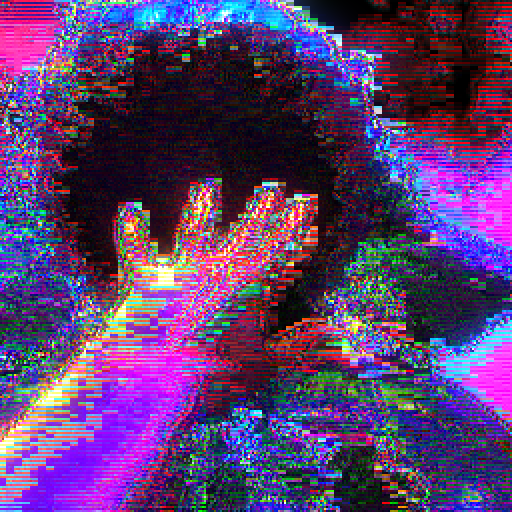 In an attempt to retain the scanlines in the lower resolution version. I've attempted to add bloom so that it would still look nice even in lower resolutions. It didn't really work, so the final version just drops scanlines altogether.

And this is the final version, just for comparison's sake.