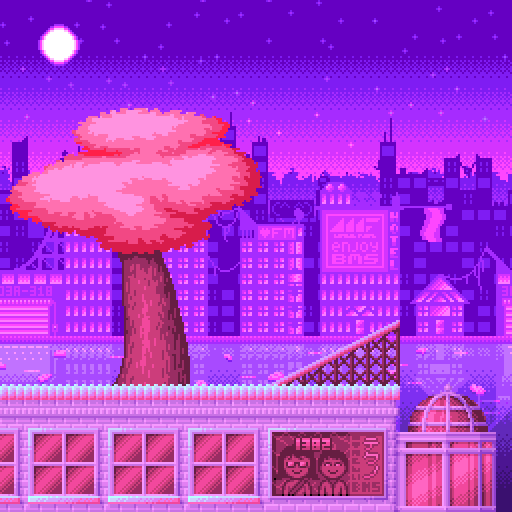 This is the artwork that was created for the Cyber Cherry Zone BMS track. If I remember correctly, the reason why I was the one to design this artwork is because AYhaz (the musician I collaborated with on the song) was at the time also collaborating with a lot of other artists, and since he wanted to adorn each song with unique art, he commissioned a lot of visual artists. However, at the point when we were working on this track, he ran out of artists he could commission, so I ended up being the one to design the artwork for it.
Considering how the title is a Sonic the Hedgehog reference, I've decided to make the image look like a zone from that game. I think I did a pretty good job in that regard, and also I'm really happy with the vibe it has. I've also created versions of this artwork that take place at different times of day, which you can see below. 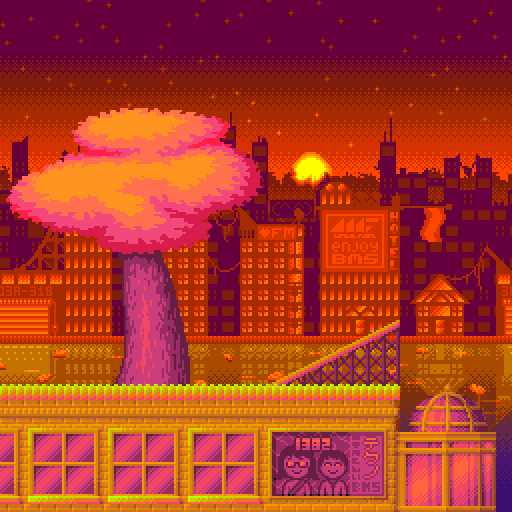 This is the sunset version, the pink hues have turned to sunny orange. Warm! 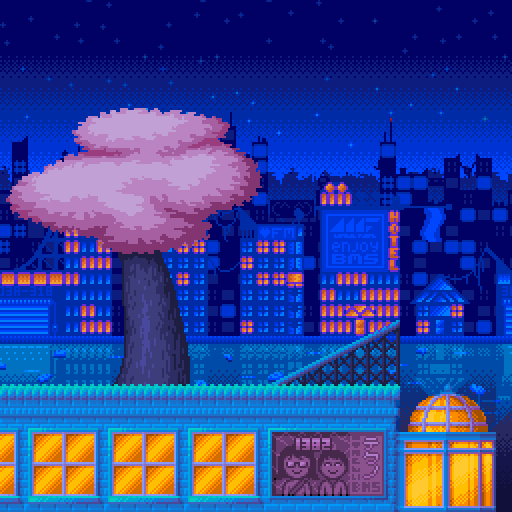 Nighttime version! I originally planned to include the Moon, but I couldn't get it to look nice, so it was dropped. I took the effort to light up the buildings, making it look more alive.

First thing that I made was come up with color palette, the sky gradient and the buildings. As you can see, there's only a few buildings at this stage. 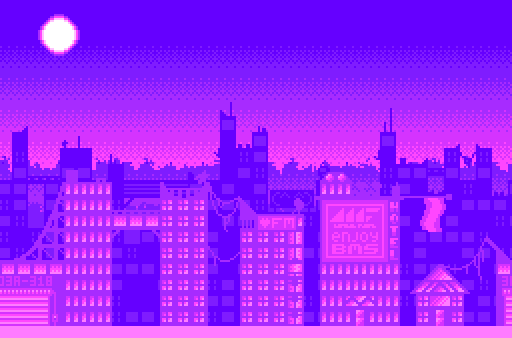 The background buildings section has been finished. Also, check out the sun! And yes, the color palette is not finished, with the saturation being too high for darker elements. 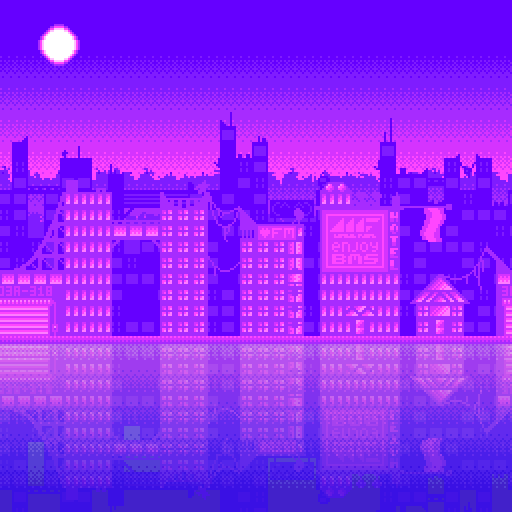 WATER! So far, only the soft gradient and the reflection was done. 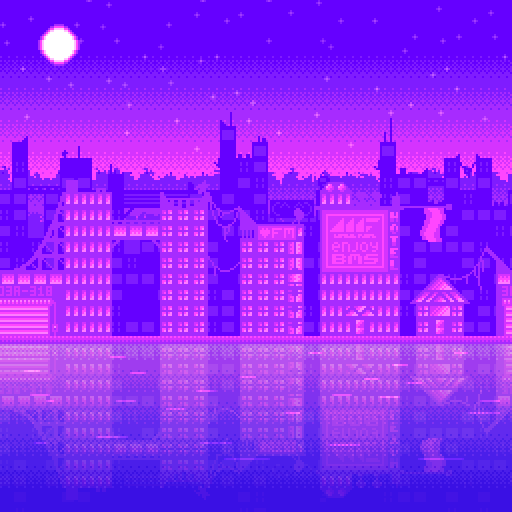 Adorned the sky with some nice twinkly stars, and the water with some simple ripples. Also, the reflection was slightly refined.

Adding some nice floating cherry blossom petals on the water. 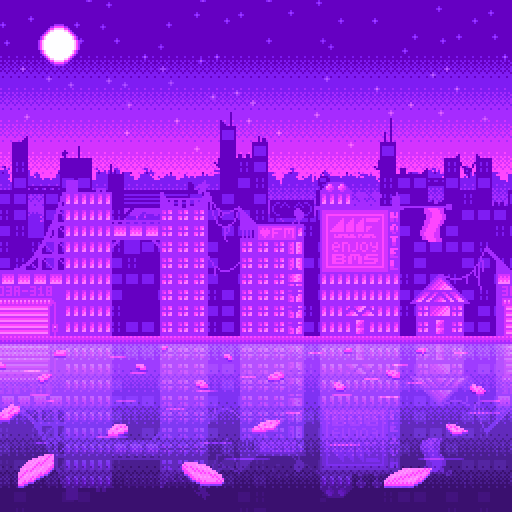 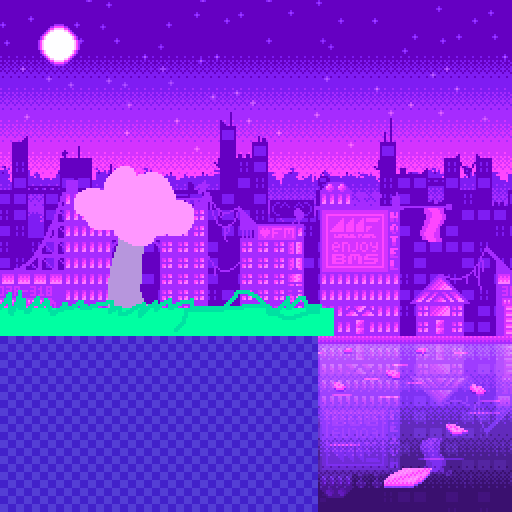 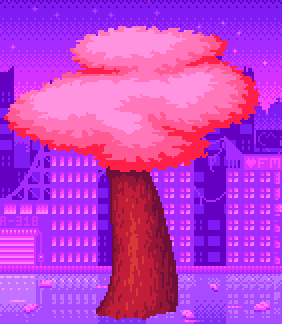 Cherry blossom tree! The color palette would be tweaked later, since again, it's too saturated! 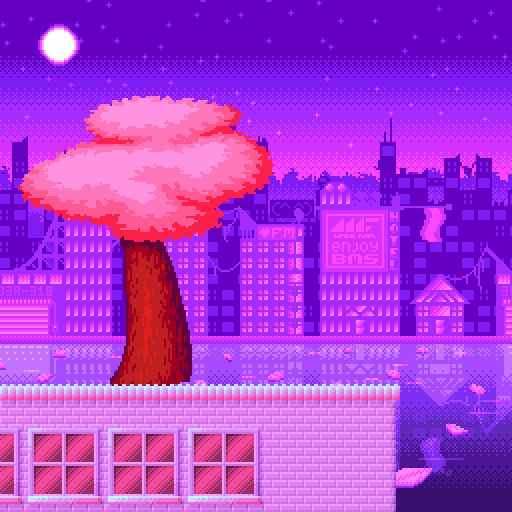 Time for the forerground building! Not much detail yet, but the main elements are indeed in place. 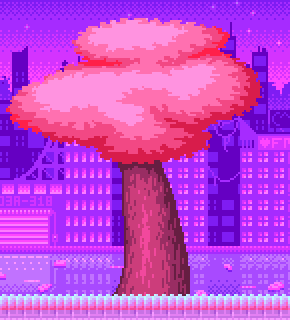 Cherry blossom tree gets its color palette improved. Now the bark is a much nicer shade of pink rather than the unusual shade of crimson it was before. 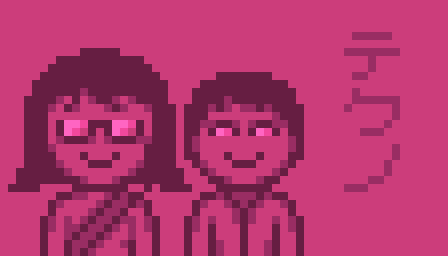 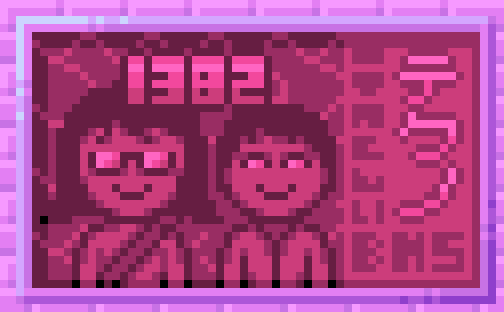 The billboard is finished. Coolio! 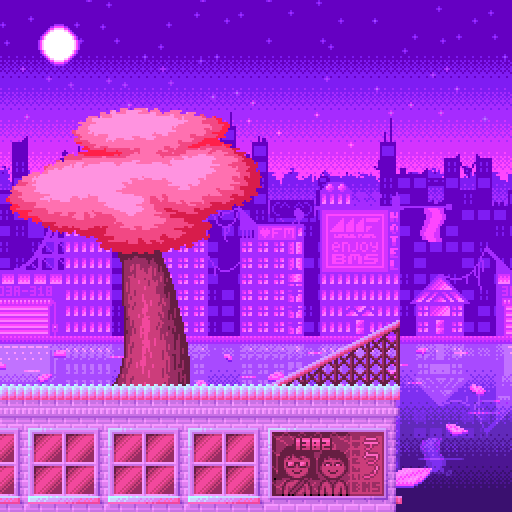 The image is nearly finished! Can you spot what's missing?

...and here's the final image! And yup, it's the building in the lower right corner that was missing!