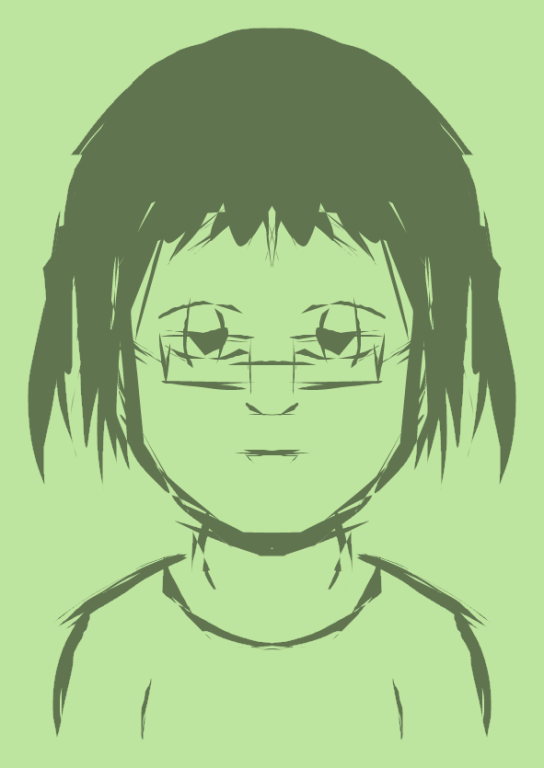 A rather simple, yet stylized self-portrait (kinda) of me. I was dealing with insomnia, so I decided to make myself an avatar/profile picture, as I did not have an unique one at the time. The monochromatic green color palette was chosen simply because it's my favorite color, though pink is also my favorite color. I've actually made multiple drawings to use as my avatar, some of which indeed used shades of pink as color schemes, but this was the one I decided to stick with. This avatar and its various variations were used on all my accounts since 2018 until 2021, at which point I have made a new avatar for myself. 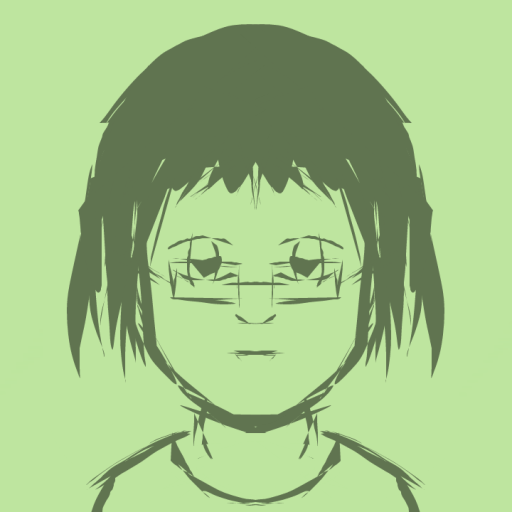 This is the most commonly seen version of my avatar, properly cropped, touched up and upscaled using waifu2x. When dealing with webpages that use small avatars (i.e. 64x64 resolution), I would use a version that crops out the shoulders in order to keep the image sharp and recognizable. On the tumblr page where I used to host my BMS work, I've used a version that was colored blue in order to differentiate the account from my main ones. 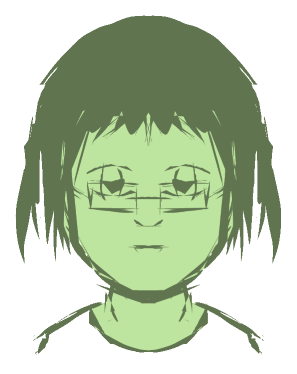 A cutout version with transparency. This one was used on the About Me page and also as a default thumbnail for this website when linked on social media. 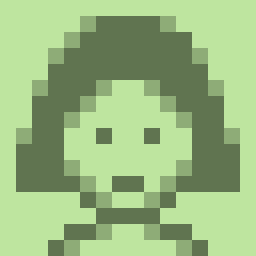 This is the tiny 16x16 version of the avatar I've made in pixel art. This one is used for the favicon for this very website, and also used for my pouet.net avatar, since those are 16x16 pixels big. Clicking the thumbnail on this page will indeed bring you to the full resolution version... which is 16x16, so it is smaller than the thumb. It's funny but that's the rules! 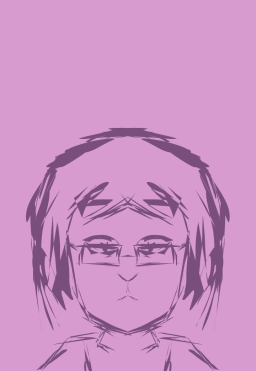 With this one, I was trying to make it look like a bunny person, as you can tell by how the avatar has a rabbit mouth and nose. I planned to add a pair of bunny ears (obviously), but it looks like I didn't get around to it before dropping this variation. I love rabbits and wanted to have an anthro rabbit for my avatar, and indeed, the next avatar I've started using indeed has an anthro rabbit in it! 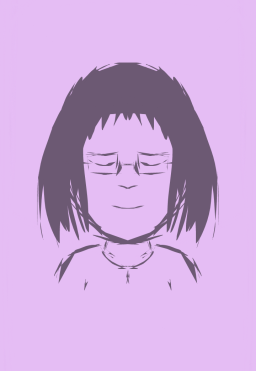 Here, I wanted to draw something less neutral and more happy. However, I wasn't happy with the shape of the head and I didn't think that having a cheery avatar was a good firt for me at the time, so this one also went to the scrap heap. 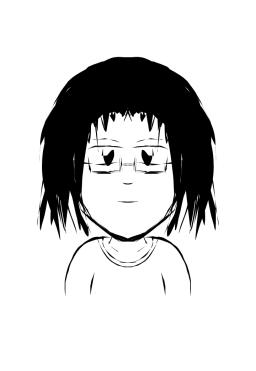 This one I decided to draw in black and white so that I could easily adjust the color palette in the post. I think this one looks rather cute, though the face shape is, again, not good. Also, the hair is more eh here than in other variations. 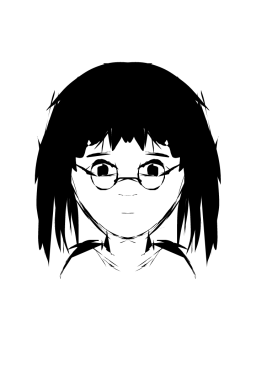 Doesn't look anything like me, honestly. Not much to say about this one, I think I went to sleep after making this one.